Except Michael. Michael is my eightieth cousin forty-three times removed. He’s also the first person to put me in the unique position of having to actively dissuade someone from visiting Kuwait. The conversation made it a whole thirty-five seconds until I came out with the reliable right hook “It’s a dry country” argument. There’s no recovering from that one. Compromising, we settled on a rendezvous Istanbul. 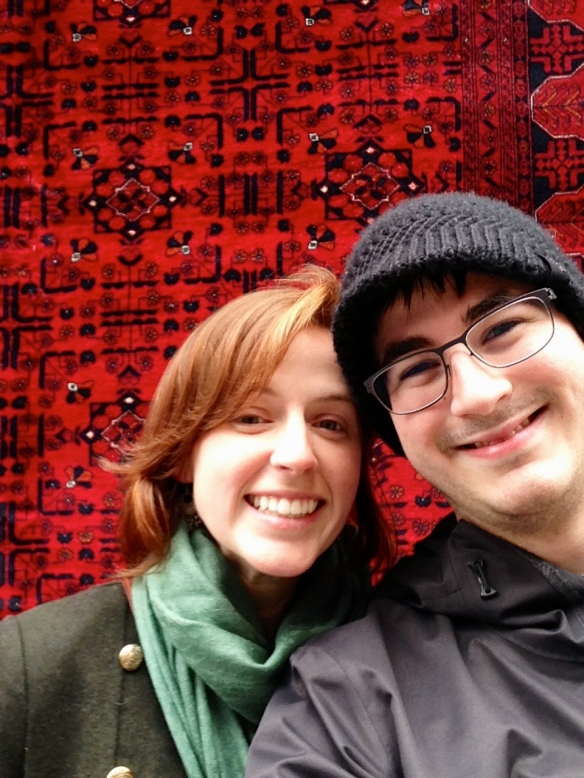 Four days, a bijillion miles of walking, and a significant amount of hookah later, Istanbul is firmly entrenched as a happy memory. It has European civility but also manages to retain the raw complexity of Islamic tradition in architecture and daily life.

My main impression from Istanbul: they never destroy anything. If a church happens to exist in a time of Islamic governance, they leave all the iconography, add some Arabic, and call it a mosque. When Christians come back, they leave the Arabic, slap up another crucifix or twelve, and it flips right back. Feeling secular? Just leave everything in place, put a plaque outside, and BAM! Instant World Heritage Site.

The Hagia Sophia was stunning, and the prime example of the churmosqueum hodge podge. 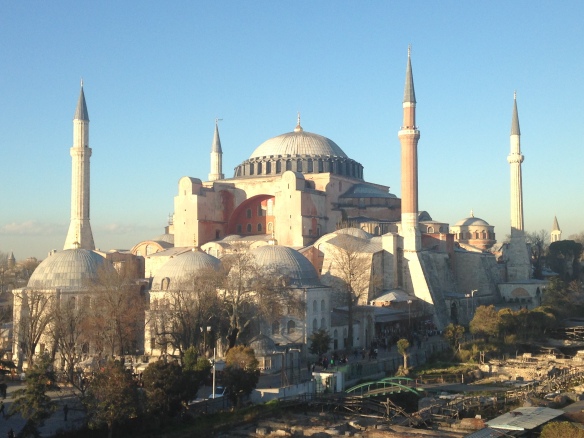 If the Hagia Sophia is airy and golden, Tokopki Palace feels closer with intricate mosaics that recalled Morocco.  My pictures didn’t turn out well, but you can get a tiny feel for it here. 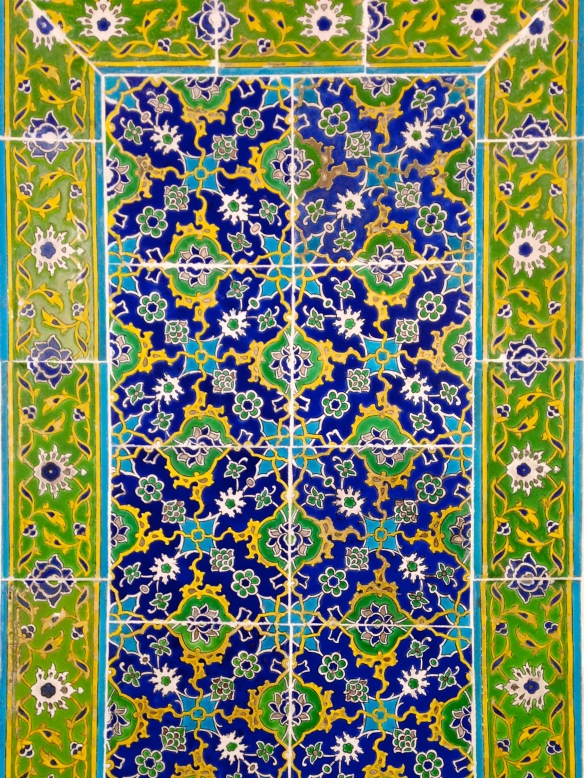 We saw Istanbul from the Bosphorus, and until then I hadn’t comprehended how colossal the city is.  After an hour of sailing the river, the city kept sprawling on either bank with beautiful old homes right up on the riverside.  Tankers and fishing boats shared the water with us, and Istanbul really felt like a port city.

While there, we met up with Adnan, an old soccer teammate of mine from DC, who took such good care of us showing us around his home country. He was the one to take us on river tours, Topkopki Palace, the Hagia Sophia, the best baklava of life, just to name a few.  He is so kind and went all out for us; without him we never would have experienced Istanbul as we did. 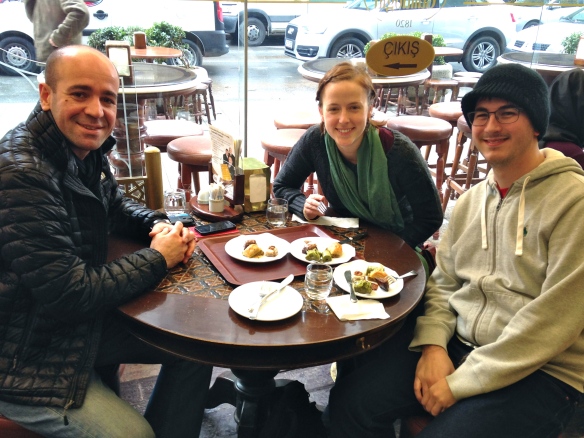 The weekend in Istanbul was an unplanned respite between school vacations.  I’d like to go back this year, to be near the water again and feel the city. 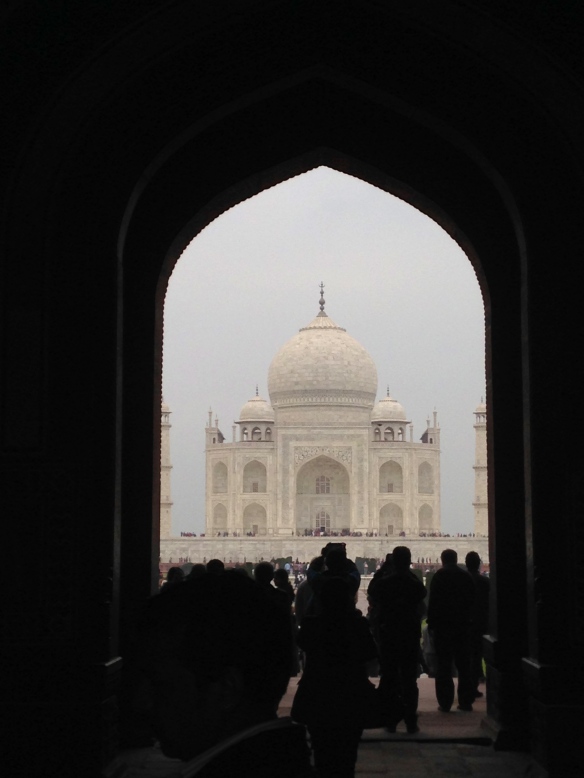 India was cacophony; a beautiful, breathtaking, exhausting bombardment of all five senses.  It’s a riot of colors, a constant hum of sound, and a whole new level of experience in the olfactory department.

We travelled in January.  I went with six friends five girls and one man. (A serious hat tip to Roger for surviving that.)  In two weeks we never spent more than three nights in one place, usually only one or two.  We went to three cities in the state of Rajasthan in the west, visited the Ajanta Caves, the Taj Mahal, Kerala beaches in the south, a night on a houseboat in the backwaters of the south-west, and walked through the slums of Mumbai.  It was by far the most human, the most difficult, and the best trip I’ve taken.

What I love best about India is that no matter how poor, people take care to make things beautiful.  Everything is colorful and adorned, from the trucks on the highways to the insides of taxis.  There’s a joy in the intensity.

Our first stop was Johdpur, the Blue City in the west.  Trivia fact: that massive castle in the background?  That was the castle where the Batman movies were shot.  That’s right, I walked the same ground as batman. 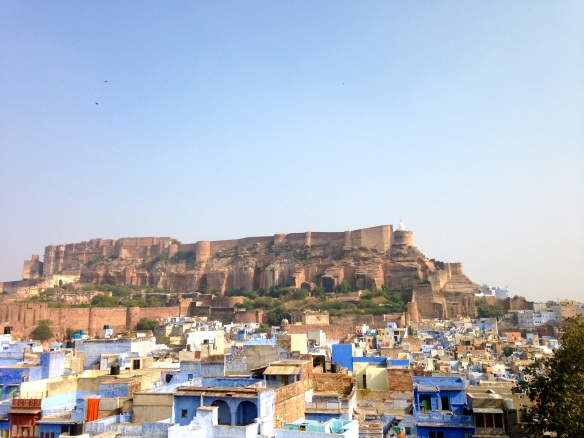 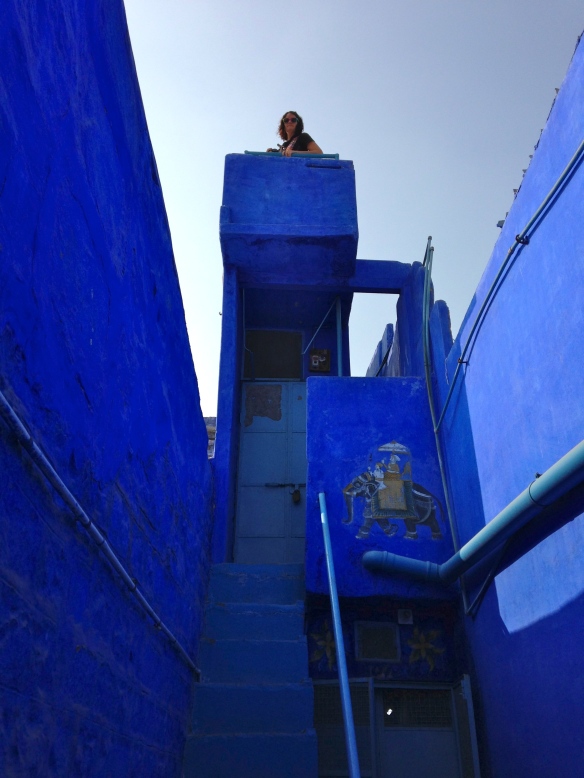 After Jodpur, there was the Taj:

And when in India, yoga is mandatory.

We wandered the streets, bought saris, interacted with the local wildlife.

We relaxed at the beach, then sailed the backwaters in a houseboat.

India is stunning.  It’s seven countries in one, an entire subcontinent, centuries old, and beautiful.

PS: I get it: I’m eight months and eight countries late on this.  I go back on August 21st, and by then I think I can crack out seven more updates.  Mea culpa.